It is easy to get over the daily limit of carbohydrates and still lack the necessary fibers. One great way to make up for it is to invest in naturally rich fiber-filled ingredients like flaxseed and psyllium husk.

However, since they are very similar in several aspects, it may get confusing for people to choose the better one.

That is why, here we are to show you both the advantages and disadvantages of flaxseed vs psyllium husk so that you can find the better choice for yourself. 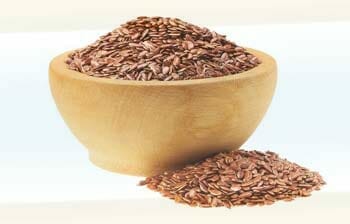 Flaxseed is considered to be one of the best sources of fibers. It is basically grains procured from flax plants (or Linum usitatissimum) that grow up to 2 feet in height. People have been using it for its numerous health benefits for thousands of years!

The first ever population to cultivate it was the Babylonians. They started growing it 5000 years ago and reached such a great height in popularity that the French king Charlemagne made a law regulating its consumption in the 8th century!

These flaxseeds have a taste similar to nuts. It’s also used for producing oil, cereals and even manufacturing linen fabric. You can also find it among the ingredients of your pet food.

The nutrition flaxseed is mostly known for is dietary fiber contents. It is crucial in diets that focus mostly on fat or protein and thus lack a lot in carbohydrates.

Fiber is an indispensable carbohydrate required by the body to carry out its daily activities smoothly. This is where flaxseed can work its magic by providing the necessary fibers without going over your daily carb limit.

Additionally, there are many other nutrients available in flaxseeds like healthy fats, proteins, magnesium and potassium. All these together make it a highly sought after item in any diet.

If you are already taking medications for high blood pressure, you can add flaxseeds to your daily dishes to naturally reduce it to a healthier level. A Canadian study shows that having just 30 grams of it every day for 6 months will lower both diastolic and systolic blood pressure by 7 mmHg and 10 mmHg respectively.

Besides, flaxseeds are good at lowering bad cholesterols like low-density lipoproteins or LDL.  Such cholesterols can push you further toward cardiovascular diseases like atherosclerosis, which in turn can trigger other complicated diseases.

One study conducted at the University of Toronto observed that adding it to your regular diet will lower the LDL levels by 18% and the overall cholesterol levels by 9%. So you can start including flaxseeds in your daily meals to get a boost in your cardiovascular health!

Another common health issue flaxseeds can help with is high blood sugar levels. Not maintaining this one factor can contribute to triggering type 2 diabetes in people. In several studies, having only 10-20 gm flaxseeds on a daily basis for a month or longer has shown up to a 20% reduction in blood sugar levels!

Researchers hypothesize this due to the insoluble fiber content of these seeds. It positively affects blood sugar levels by slowing their secretion into blood.

If you are on a weight loss journey and struggling with frequent cravings, introducing flaxseeds in your diet can help to suppress the appetite. Its soluble fiber makes the digestion process slower in the stomach and these hormones meant for controlling the appetite are activated.

As a result, you won’t crave snacks in between meals and feel satiated for a longer time. This can naturally help you to focus more on being productive and less on all the extra food which would bring your lost weight back!

Not maintaining the healthy dosage of flaxseed can lead to serious digestive issues. Excess consumption of this food item usually causes abdominal discomfort and increased bowel movement. Such situations lead to painful conditions like diarrhea, stomachache and bloating.

Flaxseed causes allergic reactions in some people. Usually, this happens while using flaxseed oil which may cause itching, swelling, redness or similar conditions in the user. If you observe these symptoms in someone, that person should stop using or consuming flaxseeds immediately and seek medical help.

What is Psyllium Husk? 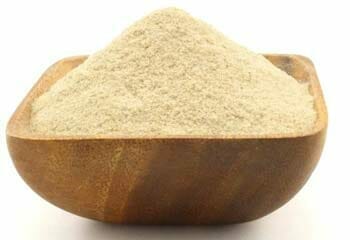 Psyllium refers to a group of plants with similar characteristics that are popular for their high fiber content. The seeds of these plants named Plantago are mainly used to obtain their husks. These in turn make for a great source of daily nutrition.

There are more than 200 species of this plant group. Most of them are cultivated in India, the former Soviet Union and also some European countries. Another popular name for psyllium in the south-east Asian region is Isabgol which translates to “horse flower”.

After planting, you will see the first flowers within 60 days. The seeds of these beautiful white tiny flowers contain a soluble fiber or hemicellulose called polysaccharide heteroxylan. Most of its beneficial properties come from this source of soluble fiber.

The main appeal of psyllium husk is its ability to make digestion easier for your body. That is why you will often find it listed as one of the major ingredients for commercially produced laxatives. Its water-soluble fiber enables smooth bowel movements by making the digested food softer.

Because of this and the added moisture, it becomes easier for the colon to pass the stool and thus it relieves you from constipation pain.

Psyllium husk can protect you from heart diseases by reducing cholesterol levels in the blood. This health claim has been checked out and approved by the FDA in 1998. In order to let the husk have an effective impact on your cardiovascular health, you will need to consume at least 7 gm of it every day.

You can include psyllium husk in your daily diet routine in order to make your weight loss journey a bit easier. Although its effect may not be as obvious as other diet components, psyllium does help you to stay satiated longer than usual. It absorbs the liquids and makes you feel full which prevents you from snacking.

Like most soluble dietary fibers, psyllium husk is also an effective component at reducing glucose. The diabetic patients already stay under pressure to maintain their blood sugar and insulin. Psyllium husk can bring balance to these two crucial elements and maintain a commendable glycemic balance.

While psyllium husk is fine in smaller doses, eating it without being mindful can lead to more bad than good. Doing so can lead to bloating, abdominal cramps and gastric issues. Besides, always remember to consume it with enough water so that you don’t have to suffer from bowel obstructions later.

In a few rare cases, psyllium husk can trigger allergic reactions like anaphylaxis, or asthmatic symptoms. People suffering from such reactions usually display itching, rashes and troubled breathing. In order to stay away from all these, make sure to check with your physician before starting to consume it. 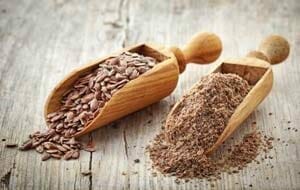 Both psyllium husk and flaxseed are great sources of dietary fiber. However, apart from being a good fiber source, there are many other applications of these items.

Flaxseed is also used as oil, pet food and sometimes to produce linen fabric. On the other hand, psyllium husk is used as a thickening agent and in laxatives.

While they offer very similar benefits for your body, their exact nutritional values differ a little. You can check out the exact measurements of these nutrients for a tablespoon of each item here:

If fat is an important part of your diet, you will need more of the flaxseeds than psyllium husk. As you can see from the chart above, psyllium doesn’t provide with any fat. So intaking them will only increase your carb count which can be a downfall in strict high-fat low-carb diets like keto.

On the other hand, flaxseeds can deliver omega-3 fatty acids through a constituent called alpha-linolenic acid (ALA). One tablespoon of whole flaxseeds can grant you 2.5g ALA and that of ground flaxseeds provides with 1.8g ALA.

Lignan is a particular compound obtained from plants that act as an antioxidant and phytoestrogen. These properties can help you to stay away from hormone-associated cancer. The lignan content of flaxseeds is known to be 800 times higher than other similar options including psyllium husk.

Bottom Line - Which One Is For You?

As you can see from the flaxseed vs psyllium husk discussion, the right one for you depends on your specific dietary requirements and your medical conditions. If you suffer from bowel irregularities, probably neither of them would be a good idea since they both can have negative effects on it.

Go for flaxseeds if your diet needs more fat and protein, but choose psyllium husk for lower calorie count. Flaxseeds can also be a great source for lignan which boosts your guards against cancer.

Keeping these terms in mind, flaxseeds seem to be the winner of this competition.

Thanks and Love From SearanchLodge