Who does not love a fresh piece of cooked lobster on their plate? However, did you know that there are different kinds of lobsters available? Yes! And the Maine and Canadian lobsters are two of the most common types.

Both the Maine and Canadian lobster belong to the same species, the Homarus Americanus. But what makes them different? That is precisely what we will uncover in this discussion regarding Maine lobster vs Canadian lobster. So, if you want to know it all, stick until the end!

A Brief History of Lobsters and How They Became Seafood

First of all, let us fill you in regarding our beloved crustaceans. Lobsters were abundant in the past. And they were actually quite undesirable food items. People would use the lobsters as livestock feed, bait, or refer to them as poison food.

Knowing that, you might wonder how lobsters became the delicacy they are today. In the 18th century, during the civil war, the army provisions started to cook lobsters and put them in can form. The people who had these canned lobsters did not think about their origins.

After that, people started to travel to New England to eat fresh lobsters. That is what made the poor man's food transform into a delicacy. Eventually, the demand for lobsters grew, and people from different countries started to crave these shellfish.

Just as the demand for fresh lobsters rose, the people's appetite and tastebuds for different lobster types also increased. And to capitalize on this demand, the suppliers began to transport these fresh lobsters. That further enhanced the views regarding the lobsters.

What is Maine Lobster? 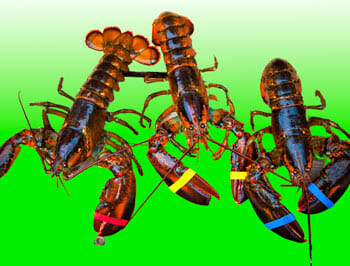 Otherwise known as the American lobsters, Maine lobsters belong to the Homarus Americanus species of the crustaceans. These lobsters originate on the Atlantic coast of North America. They are most frequently found off the coast of Maine, which is what earned them their name.

These lobsters dwell in shallow and cold waters. Usually, these waters are filled with rocks, allowing the lobsters to stay out of sight and safe from predators.

Nonetheless, you will usually find them 4 meters to 50 meters deep in the ocean. They even reside 460 meters below the surface level.

Texture and Taste of the Lobsters

These lobsters can survive up to 48 hours out of water. Usually, the transportation of the Maine lobsters is carried out overnight, making the shellfish retain their freshness, taste, and flavor.

What is Canadian Lobster? 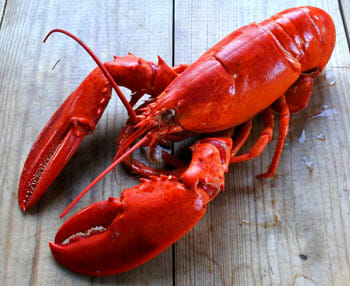 Let us now get to the second star of the show: the Canadian lobster. These lobsters also belong to the Homarus Americanus species. They are found in the cold and pristine water along the rugged  Atlantic coast of Canada.

These lobsters thrive in colder temperatures. They will usually be visible anywhere between 13 to 164 feet in the water. And often, you will find them in the depth of up to 1500 thousand feet.

They prefer shallow water as they take shelter in the rocks. That makes them less visible to the predators around.

As the shells of the lobsters are dense, they can survive outside water for up to 72 hours. That makes it easier for the supplier to transport them around. Usually, people are more likely to purchase these lobsters online as they can survive longer out of the water.

Difference Between Maine and Canadian Lobster 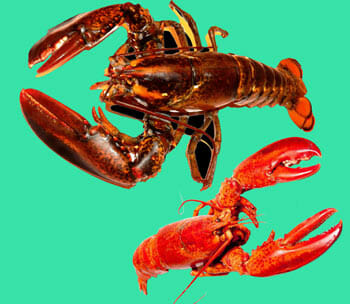 Now, the real question is what makes the lobsters different, right? Well, those factors are as follows:

The shell of the Maine lobsters is relatively soft. The reason behind this trait is warm water. On the other hand, Canadian lobsters thrive in cold waters. That makes them achieve a hard exterior.

As the Canadian fish have thick shells and usually live in cold water conditions, those fishes have a high survivability rate. On the other hand, the survivability level of the Maine fish is up to the mark but not close to Canadian lobsters.

Some Common Uses of Maine and Canadian Lobster

You can use both lobsters for different dishes. And both of them will make delicious meals. Nonetheless, here is a list of some of the recipes that you can craft with the Maine lobster:

Likewise, with Canadian lobster, you can make tons of different dishes. That includes:

Compared to other lobsters, Maine lobsters are pricy. However, the lobsters become more affordable throughout summer. During that period, the catch increases, and the price dips.

In terms of taste and texture, there is more to be desired. However, if you are on a budget, you will not have much to complain about.