Cheese is a food that no one can hate. But, when it comes to finishing the saucy enchiladas, spicy stews, and tacos, nothing can beat queso fresco or crumbled cotija. But even though both of them are great as a finishing touch for different dishes, are they the same?

Well, in this in-depth discussion of queso fresco vs. cotija, you will get to know all about it. Also, we will discuss whether you can use one for the other or not.

What Is Queso Fresco? 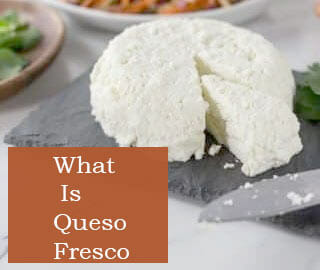 If you did not know yet, Queso Fresco is a Mexican cheese traditionally made from raw cow's milk. However, some cheesemakers will mix goat's milk with cow's milk to give the cheese a unique taste and texture.

Queso Fresco is a Spanish word which translates to "fresh cheese." It generally refers to a variety of semi-soft or soft white cheeses that are not aged much and have a mild taste.

If you look into the cheese-making process for the Queso Fresco, you will notice that it is much similar to ricotta cheese. And the great thing about the cheese is that you can serve it right after making it.

You already know by now that Queso Fresco is mostly unaged. For that reason, it tends to have a soft, moist texture similar to the low-moisture and crumbly mozzarella. It will soften and slightly brown when you heat it.

But it will not melt when it gets exposed to heat. So, people do not use it for quesadillas. It features a milky flavor that is pretty mild. That taste note makes it perfect to counterpart the spicier elements of Mexican cuisine.

It adds a refreshing taste note to the dish. Flavor-wise, you can compare it with Indian paneer, cottage cheese, farmer's cheese, or mild goat cheese.

Originating from Mexico, Queso Fresco is mainly used to top off Mexican dishes. Different Mexican restaurants sprinkle the cheese on tortillas or crumble them on top of refried beans. Likewise, you can fill black bean Chilies Rellenos or tamales with this cheese if you want to. 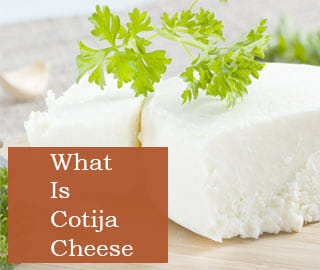 Cotija cheese gets its name from a Mexican town, Michoacan. The cheese is a white cow's milk cheese. And it is a staple in Mexican cuisine. It appears mostly as a topping, and you will find it on pretty much every Mexican food, including nachos, enchiladas, elote, and others.

On that note, there are aged versions of cotija cheese. And they will usually be three months to a year old. The aging process brings a different flavor to the cheese. It makes the cheese gain a much saltier taste. And the more you let the cotija cheese age, the saltier it will get.

Due to its age, Cotija cheese has a crumbly texture. And in terms of flavor, it is a mixture of salty, sharp, and tangy notes.

For the mix of flavors, this cheese is called Mexico's parmesan. However, its salty flavor is stronger than the Italian parmesan cheese.

The Cotija cheese also shares a couple of flavor notes with Queso Anejo, another aged cheese of Mexico. But that is not all! It shares flavor traits with other cheeses as well. That includes Pecorino Romano, Greek feta cheese, and Ricotta Salata.

The cotija cheese goes with pretty much everything. It will work as a topping for almost all the Mexican dishes. You can use it for nachos, quesadillas, enchiladas, and many other dishes.

Difference Between Cotija and Queso Fresco? 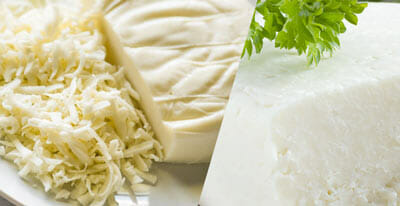 Cotija has a salty taste. And that flavor gets pretty intense if the cheesemaker ages the cheese for a prolonged time. In comparison, queso fresco has more of a mild flavor. The reason behind it is that the cheese does not usually go through any aging process.

It has higher moisture levels, which makes it not melt. On the other hand, cotija is dry. Again, it gets that texture for the aging process. Also, its consistency will be firmer than queso fresco.

Another prime difference between the two types of cheese is the ingredients. Queso fresco will be mostly from cow's milk. However, some variants will combine both cow and goat milk. But cotija will be specifically from cow's milk. There are no mixture variants available.

The queso fresco will be past its prime state right after a couple of days. The cheesemakers do not age it for more than a few days. In comparison, cotija cheese will generally be six to twelve months old. Considering that, you can say that the cotija cheese has a much higher shelf life.

How to Substitute Queso Fresco and Cotija Cheese? 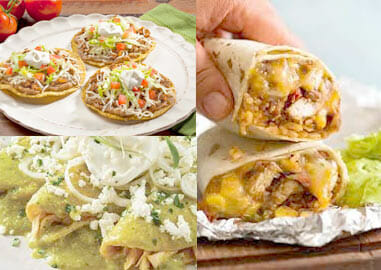 Both the kinds of cheese are great as topping for cheesy meals. They both complement savory dishes exceptionally well. That includes tostadas, burritos, and enchiladas. But, it is not that easy to replace one with the other as cotija has a saltier flavor than queso fresco.

However, that does not mean that you cannot use one for the other. So, if you cannot find queso fresco in the supermarket, get cotija cheese. But for the saltiness level of the cotija, you will need to tone down the amount.

Or else, you will make the dish taste like something from the ocean. When it comes to replacing cotija with queso fresco, you need to consider the amount. The dish would require more cheese than usual.

Along with that, you should salt the dish generously. That will make you get the most out of the replacement. In short, you can use one of the kinds of cheese for the other as long you consider the saltiness level in your mind.

Cotija cheese does not melt when you heat it. Instead, it will soften up, best suited for crumbling and sprinkling.

Can I have queso fresco right after making it?

Yes! Unlike some of the other kinds of cheese, queso fresco does not require aging. It would be in its best form right after you make it. So, you should have it as soon as possible.

What other kinds of cheese can replace queso fresco?

The most common replacement for queso fresco would be feta cheese. It also has a mild taste and will be soft but crumbly, just like queso fresco.

Can I replace cotija with other kinds of cheese?

Feta cheese is an excellent alternative to cotija cheese. It will be soft and will have a crumbly texture to it. However, due to the mild taste of the feta cheese, you will need to add a little bit more salt to the dish to make it taste how it is supposed to taste.

When it comes to cotija vs queso fresco, the main differences are within the aging time, taste, and ingredients. Both the kinds of cheese are great for finishing off savory foods, and you will have a stellar experience with each of them.

Up next: Know the differences between locust bean Gum & xanthan gum.